Being a small practice with excellent nursing staff we can offer a very personal service for you and your pet. 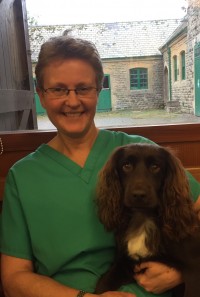 Ms Miranda Fyson
Veterinary Surgeon
BA BA VetMB MRCVS
Mandy grew up in West Oxfordshire and studied Zoology before going on to read Veterinary Medicine. She qualified from Cambridge in 1986. Her first job was in a mixed practice on the Isle of Islay off the west coast of Scotland. Since then Mandy has worked in various parts of the country including Orkney. She returned to West Oxfordshire in 2004 where she worked in small animal practice for 13 years. In January 2018 she came to work at The Coach House and is enjoying the relaxed and friendly atmosphere of this small independent practice. Mandy enjoys gardening, cycling, drawing and spending time with her family. 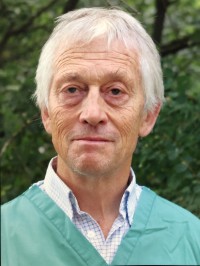 Steve Cannon
Veterinary Surgeon
BVSc MRCVS
Steve qualified in 1974 and from 1986 until 2015 was a director at Chipping Norton Vets. Having retired as a director there he now works part time for the Coach House as well as doing some part time consultancy work at Chipping Norton. Steve has enjoyed a varied and interesting career. He has worked on some of the remotest inhabited islands in the world including St. Helena and Tristan Da Cunha on government consultancy work. Outside work Steve enjoys photography, walking and working on his classic cars, some of which appear from time to time at the Coach House.

Holly
Registered Veterinary Nurse/Practice Manager
RVN Cert VNECC
Holly is a Registered Veterinary Nurse and Practice Manager. She has been with the practice since 2012, with just under a two year break to an animal hospital in which she loved the intensive nursing which then prompted her to obtain a certificate in Emergency and Critical Care in 2019. Holly has three dogs and a very naughty cat! Holly enjoys country sports in her own time and is often always seen out walking or training her dogs. 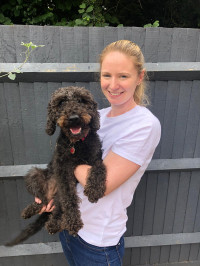 Lucy
Registered Veterinary Nurse
RVN
Lucy’s love of animals started at a very young age, her first job was at a petting farm before following her dreams and qualifying as a registered veterinary nurse in 2013. She has worked at two previous small animal practices before joining Coach House Vets. She returned in July 2021 to veterinary nursing after a five year break, raising her two young boys. Outside work Lucy had six guinea pigs and enjoys spending time with family, visiting the wildlife park and watching her son horse ride. 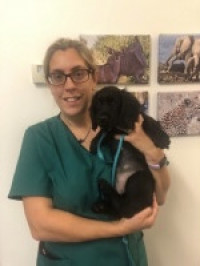 Rachael
Registered Veterinary Nurse
RVN RAMA (SQP)
Rachael started her veterinary nursing training in October 1999 and qualified in 2002. Since becoming a veterinary nurse Rachael has gone onto gain her RAMA (Registered animal medicine advisor) qualification, whilst at work she enjoys the nursing clinics. Rachael has a dog called Amy and a cat called Ruby both whom were rescued through her previous practice. When not at work Rachael enjoys spending her free time with her two young boys getting closer to nature.

Ellie
Animal Nursing Assistant
Student Vet Nurse (Sept 2022)
Ellie has been with the practice since January 2022. Previously Ellie undertook work experience at the practice in 2019 and 2020 whilst studying at Abingdon & Witney College Animal management and welfare course where she passed with high grades and will be starting her Veterinary Nursing course in September 2022. Ellie has a keen interest in rabbits and has three of her own and three dogs. 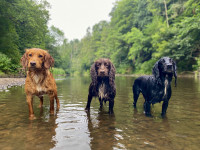 Reggie, Bea & Dudley
Practice Dogs
These troublesome trio are the Practice dogs who belong to Holly. They Working Cocker Spaniels who love coming to work every day for the cuddles and fuss they get from clients! They are all trained gundogs who enjoy tearing around the field and jumping in the river! You can often see their weekly updates on our Facebook page.

Out Of Hours Emergencies

Emergencies
We have arrangements in place to provide emergency care …

Our Team
Come and meet our friendly, professional and qualified team …